Comic Book Guys first opened its doors in 2014 and has since become the leading comic book retailer in Northern Ireland also stocking movie memorabilia, toys & other collectibles.​We are a one stop shop for all your comic needs with an extensive catalog of back issues.

We stock comic books from golden to silver age, bronze to modern and everything in between! Being Northern Ireland's first authorised CGC dealer, we also stock CGC graded comics as well as key comics, full arcs and new releases.​

We regularly host signings and instore events featuring the current legends of comics, film and tv so check our events page regularly out for more information.​ 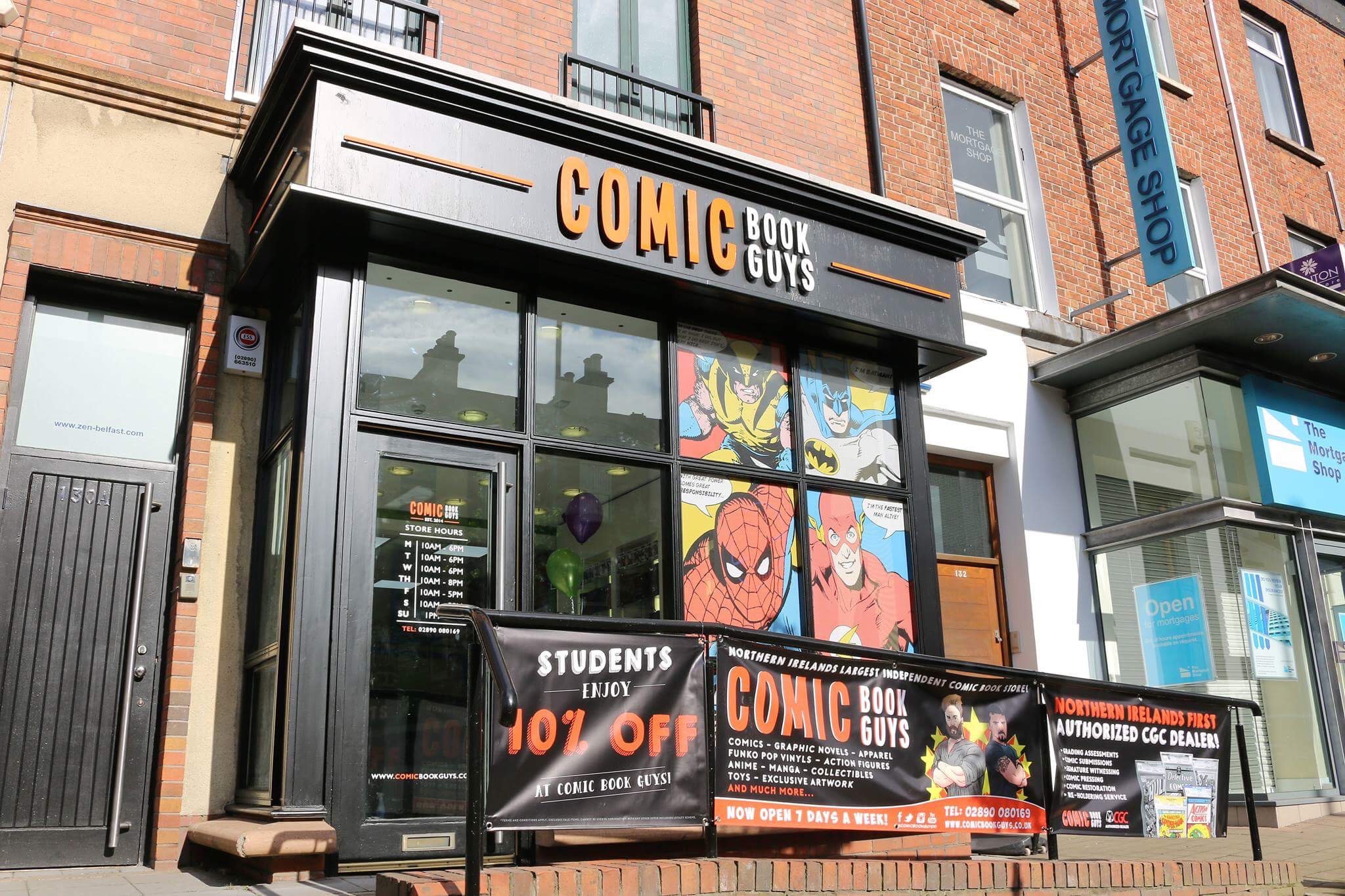